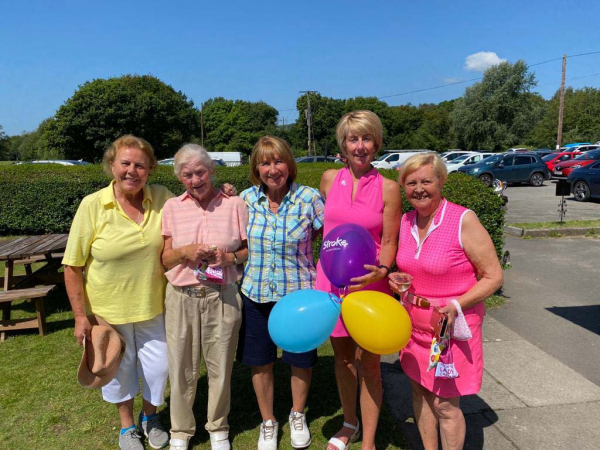 This year the Captain’s charity was the Stroke Association.

The day was a great success with 30 ladies taking part and £348 raised for the charity.

Our Club Championship this year is Jane Morgan.

The winner of the Kenway Cup was Lorraine Donovan.

3 of our ladies, Jane Morgan, Lynne Ashford and Karen Parry played in the Ping Final in Mold on 12th September with partners David Wotton, Bryan Ashford and Huw Parry.

2 matches were lost on the 17th hole and 1 was won. We came joint third as the weather was awful and both teams decided to call it a half.